Thank you! Your submission has been received.
close
Oops! Something went wrong while submitting the form.
close 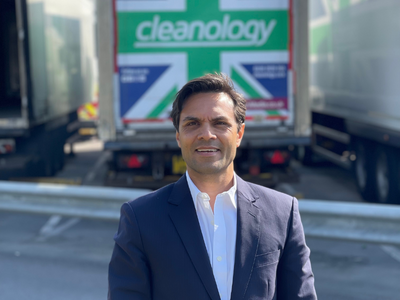 Dominic currently heads up the multi award-winning commercial cleaning & facilities company Cleanology, co-founded with his mother over 20 years ago. With over 900 staff across London and all major UK cities, the business counts embassies, blue-chip corporations, luxury retail and even royalty amongst its clients.

Previously, Dominic set up and ran a number of other successful businesses, including the high-profile TucTuc Limited, Europe's first motorised rickshaw service. As well as featuring in the international media across the world, Dominic appeared on the BBC's Dragons' Den TV show in 2007.

Dominic takes a keen interest in current affairs and campaigns on numerous issues, as well as having stood as a Parliamentary candidate in Leeds East in 2005.

Dominic frequently appears as a speaker on panel discussions and at conferences. He also regularly writes articles and provides commentary and expert advice in the trade and national media, having appeared on Sky News during the coronavirus pandemic.

Read articleback to who's there

Thank you! Your submission has been received!
Oops! Something went wrong while submitting the form.